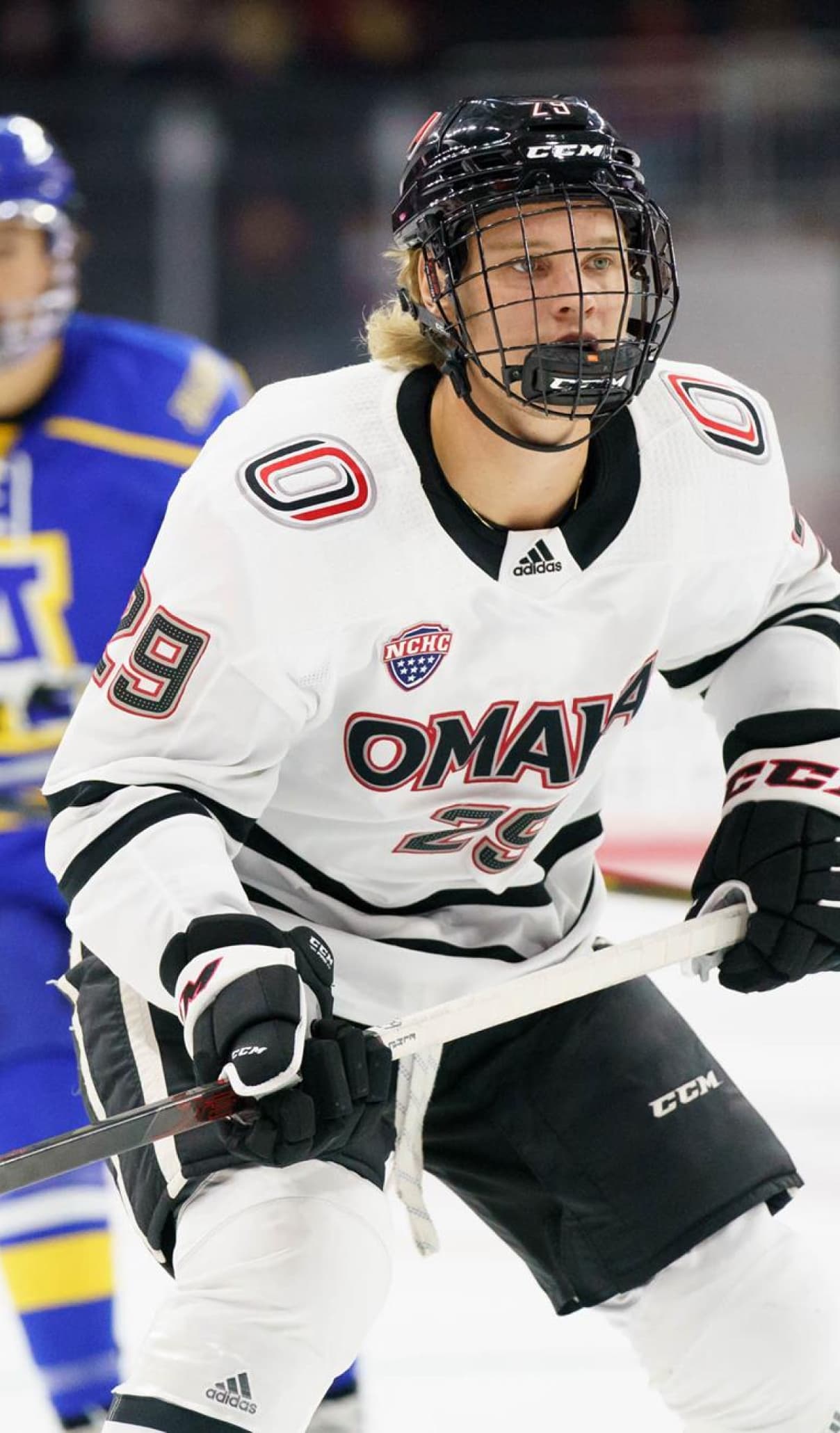 Kaden Bohlsen was born in 2001 and grew up in Willmar, MN. He graduated from Breakaway Academy in 2015. After attending Shattuck St. Mary’s, he went on to play in the USHL for the Des Moines Buccaneers. He played for the Bucaneers for two years before joining the Fargo Force in 2019. In 2020, Bohlsen committed to play Division I college hockey for the University of Nebraska-Omaha. He currently plays as a center for the Nebraska-Omaha Mavericks.

U of Nebraska-Omaha Player Stats