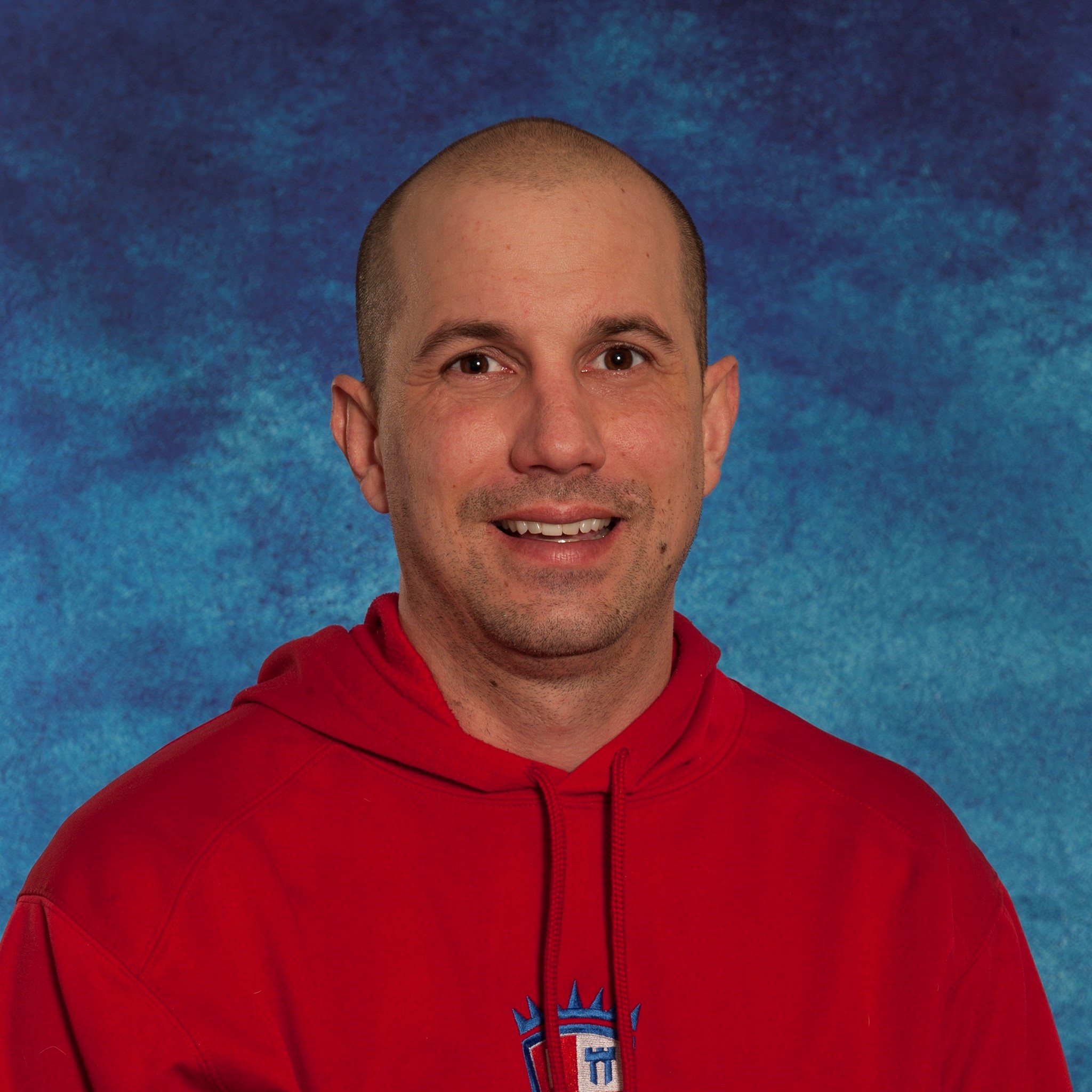 I live in Shakopee, MN. I have a wife, Katie, and two kids. My son’s name is Kodyn, and my daughter’s name is Kalla. My hobbies are golf and downhill Skiing.

What do you like most about BA?
Watching our young players grow as people and hockey players and gaining confidence in all areas that it takes to be a successful student and athlete.

Why is it important to have solid academics in addition to good hockey training?
To be a great athlete, you need to be a well-balanced individual from the classroom to the home, being a good son, daughter, brother, or sister. This allows players to be focused on training without distractions to achieve their goals on the rink.

Which coach or teacher had the biggest impact on your life and why?
Eric Means gave me the opportunity and provided the knowledge to be a top defenseman for a team in the toughest Division 1 conference in the nation.

What is your favorite hockey memory?
My favorite memory is the 2011 season despite losing in the finals, game 7, 2-1.

What are your credentials and hockey experience?
2 Years AJHL- 2000-02, AJHL all-star game 2002, represented Alberta in 2002 Viking cup Tournament, set team record for most points by a defenseman in a season in 2002, earned a Full Scholarship to Minnesota State 2002.
2002-2006 Minnesota State University- Most points by a freshman Defense in school history.
2005 All-Tournament team for Ohio State Christmas tournament. Lead all defense in scoring each season I played for Mankato.
2006-2013 Professional
2006- Kalpa Kuopio Finland’s top league.
2007- ECHL Idaho Steelheads playoff champions.
2010- CHL All-Star game finished 3rd in the league for defensive scoring.
2011- CHL Conference champions; 3rd in the league for defensive scoring.